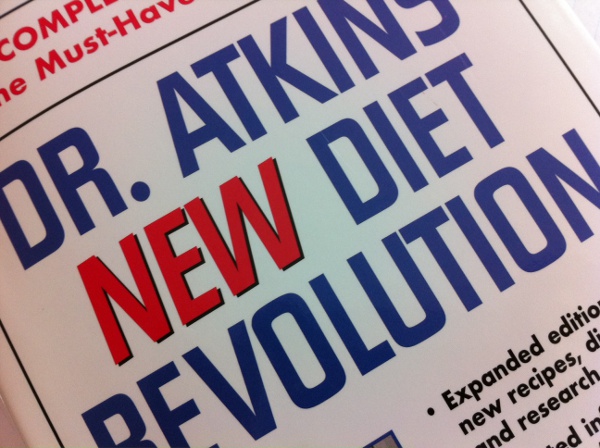 Today is day 1 of the 2 week challenges and the start of the Atkins induction diet. I did my research by reading the atkins’ diet website and Dr. Robert C. Atkins’ New Diet Revolution book. A large section of the book deals with the science behind the diet – from insulin to metabolic advantage. Then there’s a large chunk of the book that talks in detail about the diet and what you can and cannot eat. The induction diet is the first couple of weeks on the Atkins’ diet (the 1st of 4 phases of the diet). It is also the hardest part of the diet as it contains the most restrictions on what you can and cannot eat. They suggest that most people should go on the induction part of the diet for at least 14 days and that you can see results (I think they’re talking about weight loss here) within that period. Unfortunately, 14 days of this diet is going to be seriously challenging – I currently feel like all I can eat is eggs, steak, and celery!

What Can You Eat on the Atkins’ Induction Diet?

What Can You Drink?

What Can You NOT Eat?

Wow, this list is long! It’s basically anything with a lot of carbs in it! But, on the induction diet, you’re also not allowed nuts and fruits, which a lot of other low carb diets allow. The diet also tells you to stay away from certain artificial sweeteners due to harmful effects and recommends Splenda as the best one (max 3 packets a day due to the 1 gram of carbs it has per packet). However, if you’re using liquid sucralose, there should be no restriction as there is no sugar in it at all. Soft fresh cheeses are also not allowed along with other diary products such as milk (which has a fair amount of sugar) and yogurt.

Dr. Atkins recommends drinking plenty of water on this diet (eight 8 oz glasses of water per day). He also believes that we are vitamin and mineral deficient and require some supplements. I recommend the Source Naturals Life Force Multiple as it contains a much better balance of nutrients than other brands.