Empire State during thunder and lightning

It sounds like something from a Frankenstein movie outside – thunder and lightning and huge sheets of rain drumming against the window. But inside, I’m nice and dry and about to bake something delicious! Eggs are a staple ingredient of low carb life. It’s good as a snack, as a salad garnish, or as a meal. However, hard boiled eggs, fried eggs, scrambled eggs, omelets and egg salads are so commonplace that the thought of having to eat them again and again can create severe nausea and a pounding headache! So here is a new way to spice up your egg-eating life – the bacon egg bake. I found this recipe on allrecipes.com, and it works great! In essence it’s just a different way of dressing up the bacon and eggs that I eat for breakfast daily, but it does look a lot more appetizing – it almost looks like something you’d find at an upscale brunch place, especially if you place it on a bed of green leaves! 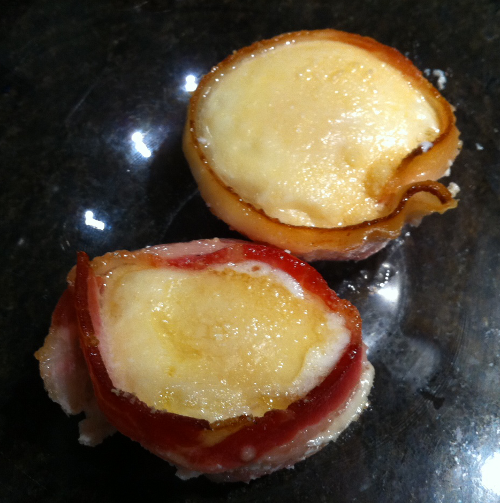