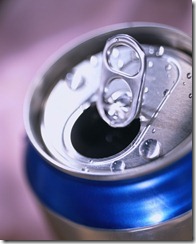 The legal standard for false advertising seems to be very low.  It seems that you can give completely misleading impressions about a product without facing any liability.  Gone are the days when consumers can just pick up what they want from the supermarket shelf without worrying about studying the ingredients list (or maybe those days never existed).  Now, we all have to be savvy consumers, especially if you are health conscious!

Artificial sweeteners have received a hoard of controversy over the years.  Unsubstantiated scandals of cancer and side-effects of headaches and nausea have plagued their existence.  However, Stevia, which is a zero-calorie, super sweet compound derived from plants, has gotten a lot of press in recent years for being “natural” and “safe.”  It’s difficult to say exactly how “safe” anything is, but people seem to equate “natural” as being the same thing as “safe” (I’m not sure how great this illogical reasoning is, but that’s another matter).

Stevia has gotten so popular that several soft drink manufacturers have produced supposedly Stevia-sweetened sodas, such as Blue Sky Free and Zevia.  However, if you drink these drinks or use Truvia (a popular brand of sweetener that contains Stevia), then you may have been duped….most of those drinks and sweeteners contain much higher quantities of sugar alcohol than Stevia!

Let’s talk briefly about each of 3 popular brands, either of Stevia itself or of a soft drink supposedly sweetened with Stevia:

I personally think that sucralose is the best artificial sweetener out there both in terms of the slim chance of health problems and in terms of taste.  But if you’re determined to use Stevia, then you ought to realize that very few things are currently flavored with just Stevia.  SweetLeaf, which you can buy at Wholefoods or on Amazon, is a pure Stevia sweetener as opposed to Truvia.  But it does taste more bitter, which is why Truvia, Blue Sky Free, and Zevia have chosen to put erythritol into the mix.

It’s hard to know who to trust when it comes to information about artificial sweeteners, but you should try not to be fooled by all the claims of “naturalness” from the advertisers!  “Natural” does not always equate with “health,” and advertisers have zero interest in your health!